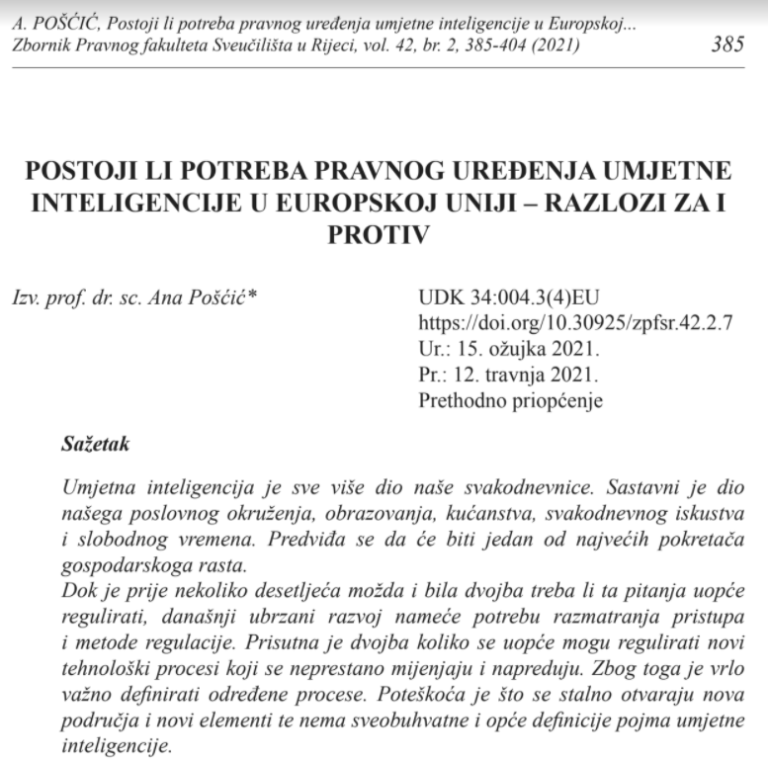 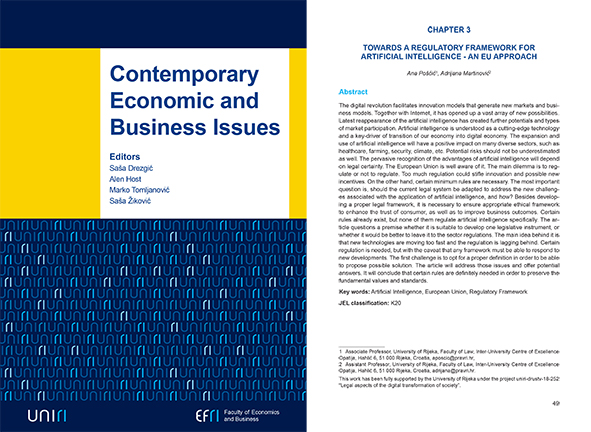 The digital revolution facilitates innovation models that generate new markets and business models. Together with Internet, it has opened up a vast array of new possibilities. Latest reappearance of the artificial intelligence has created further potentials and types of market participation. Artificial intelligence is understood as a cutting-edge technology and a key-driver of transition of […]

The new technologies, digitalization, algorithms, big data, artificial intelligence are already changing our lives and commercial habits. The technological revolution with new products and services is transforming the market and business operators. There is a general understanding that new technological improvements benefit competition. The question is, whether competition models are adequate and ready to deal […] 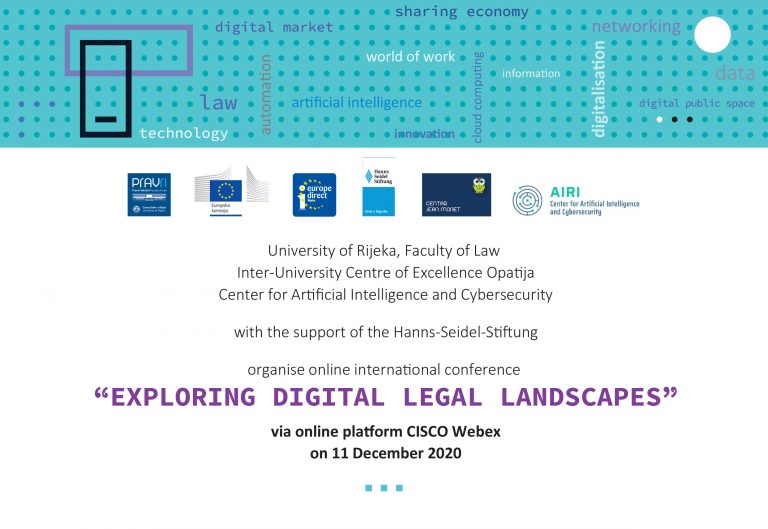 Join our online international conference “Exploring Digital Legal Landscapes” organized by Faculty of Law – University of Rijeka, Inter-University Centre of Excellence Opatija, and Center for Artificial Intelligence and Cybersecurity (AIRI) with the support of the Hanns-Seidel-Stiftung via online platform CISCO Webex on 11 December 2020. More on the program here. To join click here. 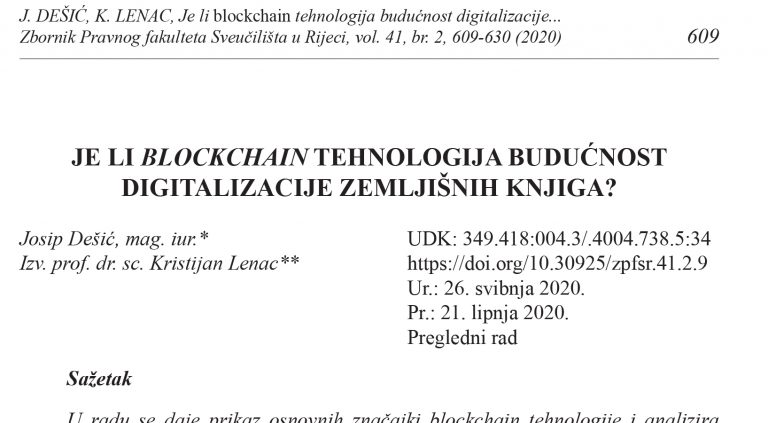 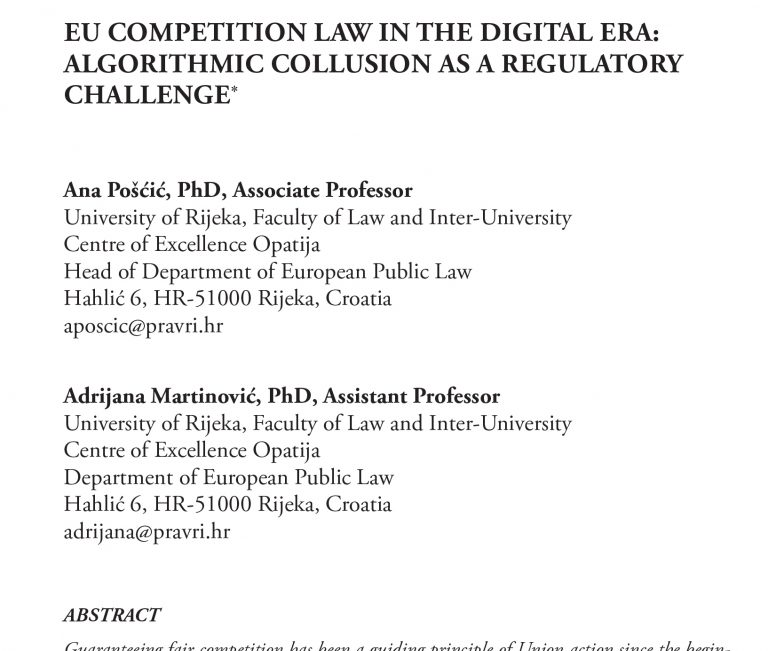 Guaranteeing fair competition has been a guiding principle of Union action since the beginnings of the European Economic Community. Anti-competitive activities in the internal market, such as agreements between undertakings, decisions by associations of undertakings and concerted practices which may affect trade between Member States and which have as their object or effect the prevention, […]

Digitalisation transforms and accelerates not only the ways of doing business, but also the ways of thinking. Unprecedented interconnectedness and access in the cyberspace, where everything is available at the touch of a finger, give rise to many issues concerning the transfer and impact of new technologies from the digital world on social relations in […] 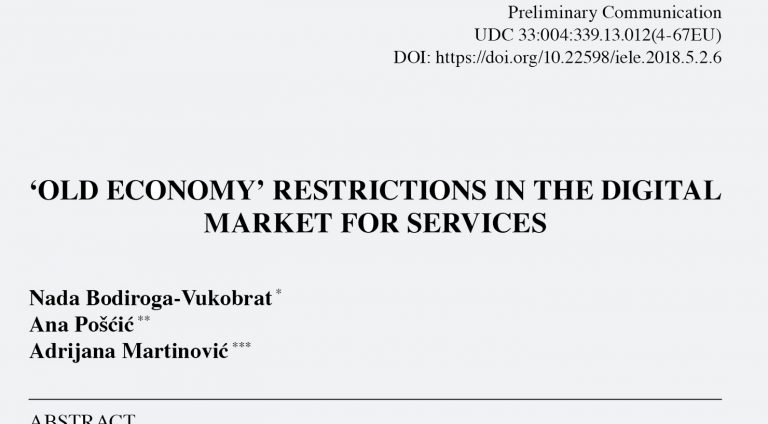 Freedom to provide services is one of the cornerstones of the EU internal market. Facilitated by the digital technologies, new and innovative service markets are emerging. However, innovations often bump into existing obstacles. Whether constrained by inadequate regulatory environment, or opposition from existing service providers in the market, the fact remains that ‘old economy’ is […]

Modern work arrangements in the collaborative or ‘gig’ economy challenge and redefine traditional work patterns. Extensive scholarly writings in the last years have been dedicated to revealing the true nature and implications of such work, and this topic is a matter of heated debates. However, empirical research on the prevalence of ‘gig’ work is still […] 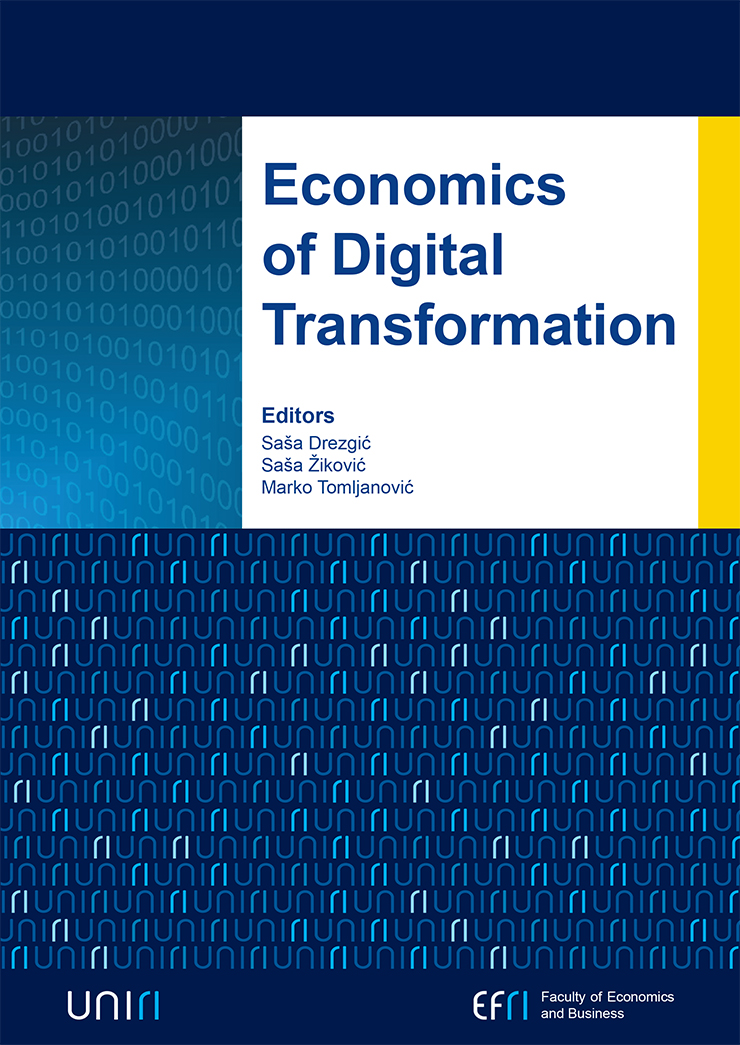 The creation of the single market in the European Union is a continuing commitment. The European Commission published a series of documents in order to facilitate its accomplishment. In the Single Market Strategy and the Digital Single Market Strategy actions are focused on different levels. One of the targeted measures concerns creating additional opportunities for […]