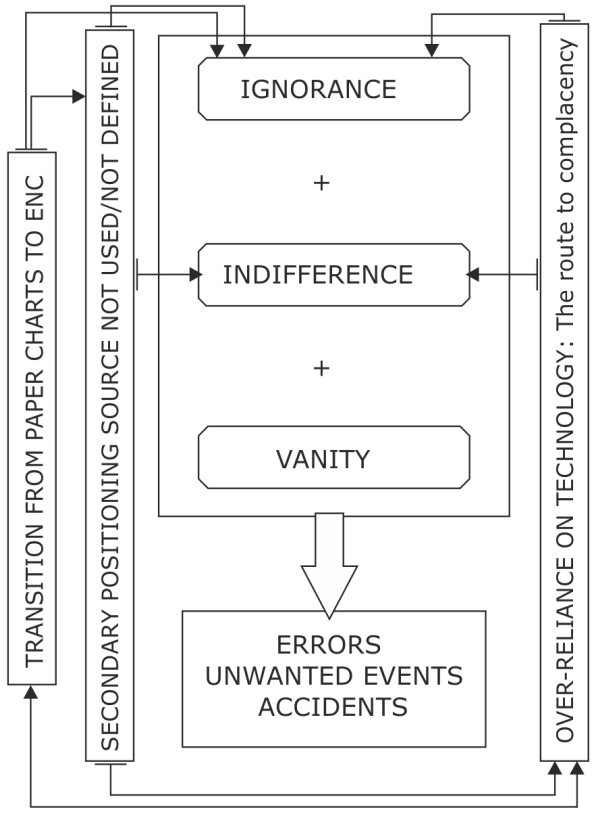 The completion of ECDIS mandatory implementation period on-board SOLAS vessels requires certain operational, functional and educational gaping holes to be solved. It especially refers to positioning and its redundancy, which represents fundamental safety factor on-board navigating vessels. The proposed paper deals with primary and secondary positioning used in ECDIS system. Standard positioning methods are described, discussing possibilities of obtained positions’ automatic and manual implementation in ECDIS, beside default methods. With the aim of emphasizing the need and importance of using secondary positioning source in ECDIS, positioning issue from the standpoint of end-users was elaborated, representing a practical feedback of elaborated topic. The survey was conducted in the form of international questionnaire placed among OOWs, ranging from apprentice officers to captains. The result answers and discussion regarding (non)usage of secondary positioning sources in ECDIS were analysed and presented. Answers and statements were elaborated focusing not only in usage of the secondary positioning system in ECDIS, but in navigation in general. The study revealed potential risks arising from the lack of knowledge and even negligence. The paper concludes with summary of findings related to discrepancies between theoretical background, good seamanship practice and real actions taken by OOWs. Further research activities are pointed out, together with planned practical actions in raising awareness regarding navigation with ECDIS.