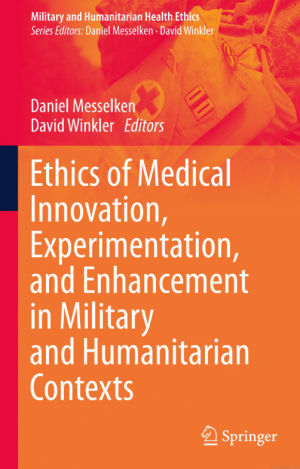 Inspired by the recent development of autonomous artificial intelligence (AI) systems in
military and medical applications I envision the use of one such system, an AI-empowered exoskeleton smart-suit called the Praetor Suit, to question the important ethical issues stemming from its use. The Praetor Suit would have the ability to monitor the service member’s physiological and psychological state, reports that state to medical experts surveilling its operation through teleoperation and autonomously administer medical treatments based upon its evaluations. Doing so would effectively enhance the user’s operational capacity on the military mission field. The important ethical issues which are engaged and stem from the suit’s Monitor, Evaluation, and Administration AI modules are primarily connected with issues of data privacy, human and AI autonomy, transparent automation processes and automation biases, AI explainability, and trust. Lastly, in light of the medical automation worry, a positive portrayal of military human-AI partnership is given through the framework of human-AI symbiosis to engage the question does the introduction of the Praetor Suit inadvertently change the military role of the future medic from a purely non-combative to that of a hybrid or combative one.