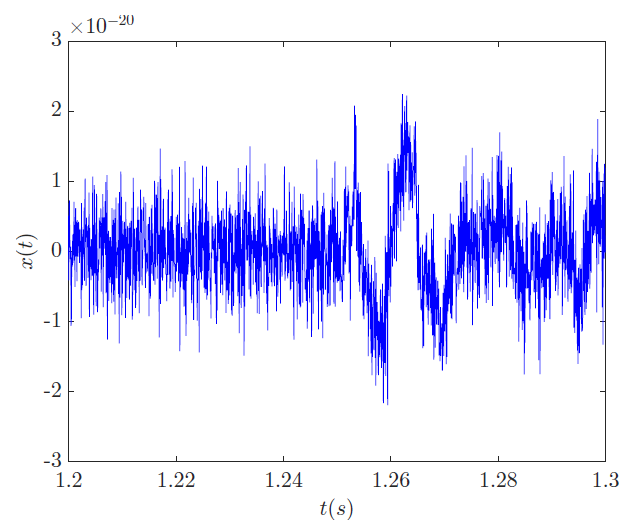 Gravitational-wave data (discovered first in 2015 by the Advanced LIGO interferometers and awarded by the Nobel prize in 2017) is characterized by non-Gaussian and non- stationary noise. An ever- increasing amount of the acquired data requires the development of efficient denoising algorithms that will enable the detection of gravitational- wave events embedded in low signal-to-noise-ratio (SNR) environments. In this paper, an algorithm based on the local polynomial approximation (LPA) combined with the relative intersection of confidence intervals (RICI) rule for the filter support selection is proposed to denoise the gravitational-wave burst signals from the core- collapse supernovae. The LPA-RICI denoising method’s performance is tested on three different burst signals, numerically generated and injected into the real-life noise data collected by the Advanced LIGO detector. The analysis of the experimental results obtained by several case studies (conducted at different signal source distances corresponding to the different SNR values) indicates that the LPA- RICI method efficiently removes the noise and simultaneously preserves the morphology of the gravitational- wave burst signals. The technique offers reliable denoising performance even at the very low SNR values. Moreover, the analysis shows that the LPA-RICI method outperforms the approach combining LPA and the original intersection of confidence intervals (ICI) rule, total-variation (TV) based method, method based on the neighboring thresholding in the short-time Fourier transform (STFT) domain, and three wavelet-based denoising techniques by increasing the improvement in the SNR by up to 118.94% and the peak SNR by up to 138.52%, and by reducing the root mean square error by up to 64.59%, the mean absolute error by up to 55.60%, and the maximum absolute error by up to 84.79%.