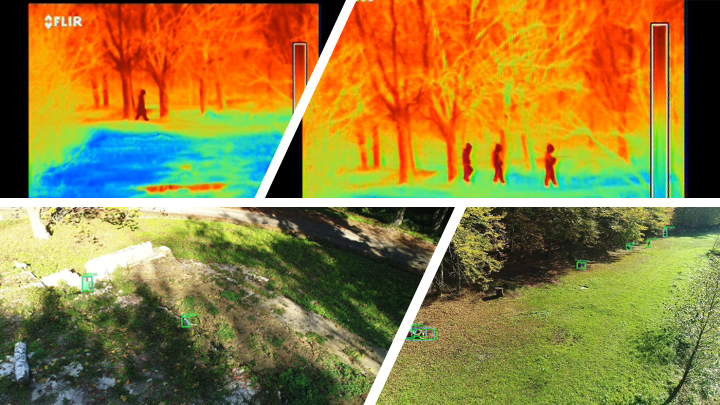 Recently, one of the most active research area in computer vision is crowded scene analysis. A crowd can be defined as a mass of people or large group of individuals gathered in the same physical environment. Crowd modelling, crowd scene analysis and behavioural recognition are one of most challenging topics in computer vision and more generally in artificial intelligence. The scientific goal of the proposed research is development of an experimental intelligent, knowledge-based system for crowd analysis and behaviour recognition based on visual information obtained by video surveillance systems. A novel knowledge-based approach to modelling crowd scene, which represents a fusion of agent-based and entity-based approach, together with human common-sense modelling is proposed. The idea is to convert human (or expert) knowledge about crowd behaviour, based on visual information, and add it to the other models based on information extracted by means of computer vision techniques, in a knowledge base which is supported by an inference engine. The main objectives of the research are: i) Critical review and analysis of previous approaches to the field of crowd modelling and analysis in video surveillance systems; ii) A new crowd model based on fusion of agent-based and entity-based approach; iii) Develop a feature extraction methods from video adopted to macroscopic and microscopic crowd level analysis; iv) Common-sense knowledge approach to crowd modelling; v) A new architecture for hybrid knowledge representation which combines human common-sense knowledge and  deep learning concepts; vi) Development of the hybrid knowledge representation scheme and its integration with deep neural networks; vii) Crowd behaviour classification; viii) Design of deep learning model for crowd scene analysis; ix) Experimental system development and its testing and evaluation. One among important objectives of the project is dissemination (i.e. publishing of journal and conference papers).